I have been directly involved with most of the homepage redesigns for Snapfish. Some were incremental changes, and several were major overhauls after A/B testing was done. All the versions displayed are in chronological order.

There are a few notable redesigns:

The welcome page with the Christmas theme represents a radical shift from all previous designs. We never deviated from using a stack of prints and a big headline. The only aspect we updated regularly was the photo inserted on that stack of prints. The page had the same content as all of our competitors, and if it weren’t for the brand colors, a user could easily mistake one for another. The first year I worked at Snapfish, the sales for the popular 4×8 cards were not increasing as expected after Thanksgiving; the market department was frantic. This compelled me to convince the executive producer to replace the standard stack of prints with an image of the 4×8 cards and a headline featuring the price of these affordable holiday cards. We turned it around on a dime and it moved the needle immediately.

The welcome page with the large autumn image was a radical departure due to the large full-bleed photo. I wanted to emphasize the photo and knew that it would have more engagement for the user than a stack of prints. There is still a stack of prints, but it is small, to underscore what we were not a stock photo site.

This project started with 5 mockups filling all the requirements of marketing and merchandising. We were going to test all the mockups, and there was one version where they wanted me to develop a concept and visual design. I felt all the other versions were text heavy and wanted to retain the fun nature of the site while simplifying the features. We were all curious about how the versions would test with users, and I was ecstatic when my simple version won out over the others by a significant margin. This version was used by Snapfish more than 2 years (the photo was changed frequently to keep the welcome page fresh). 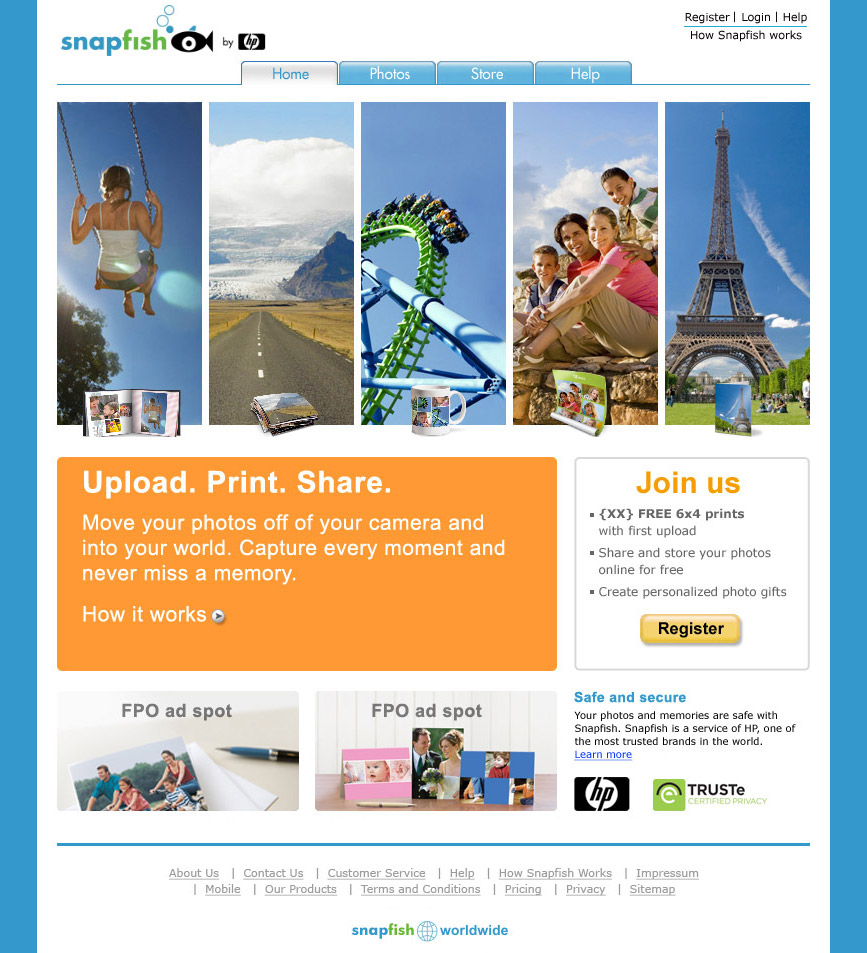 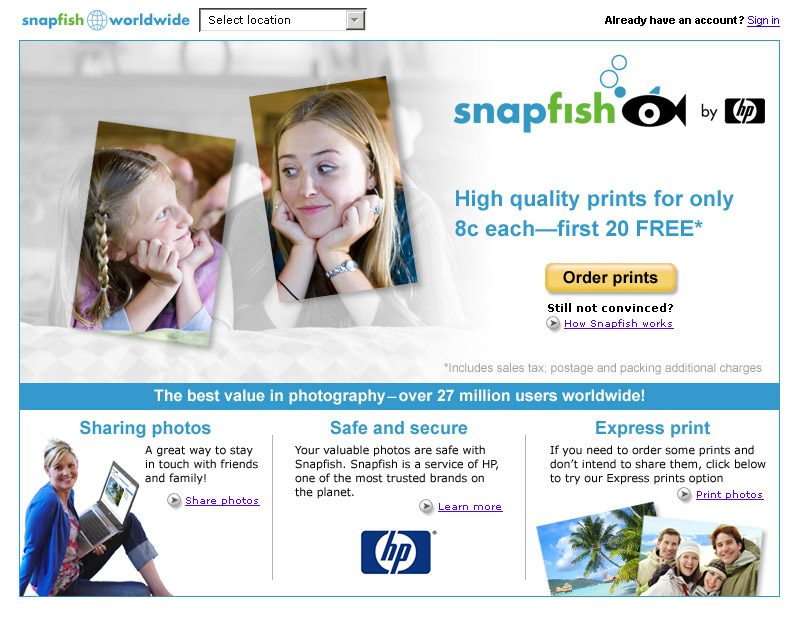 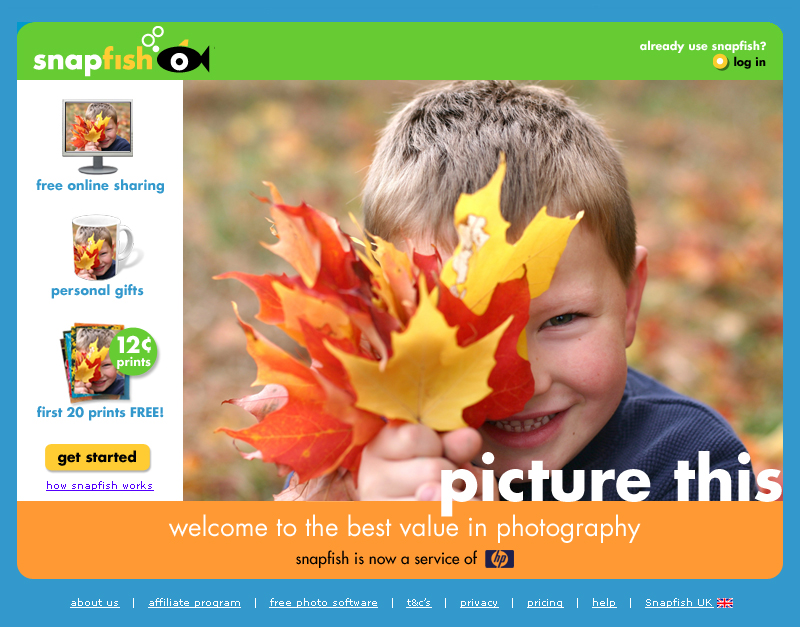 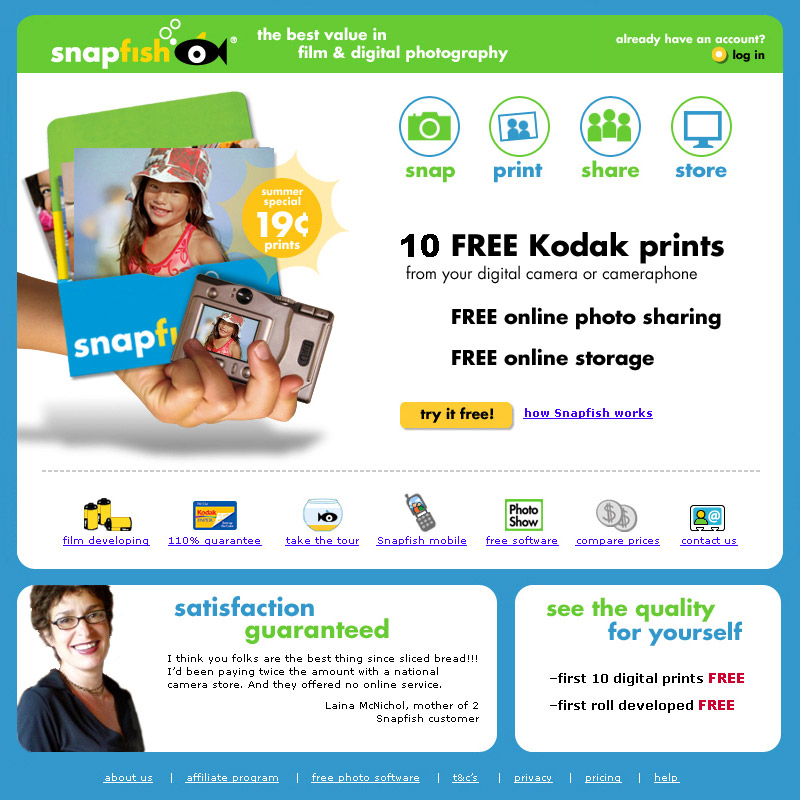 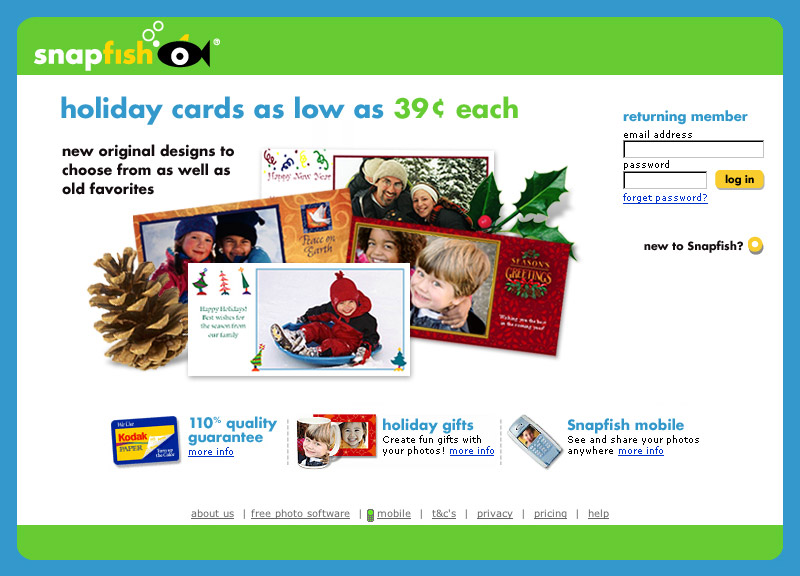 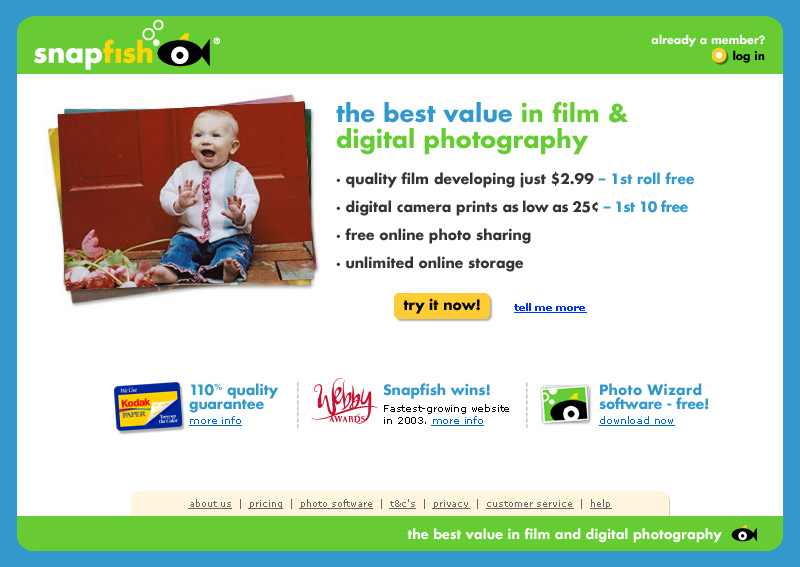 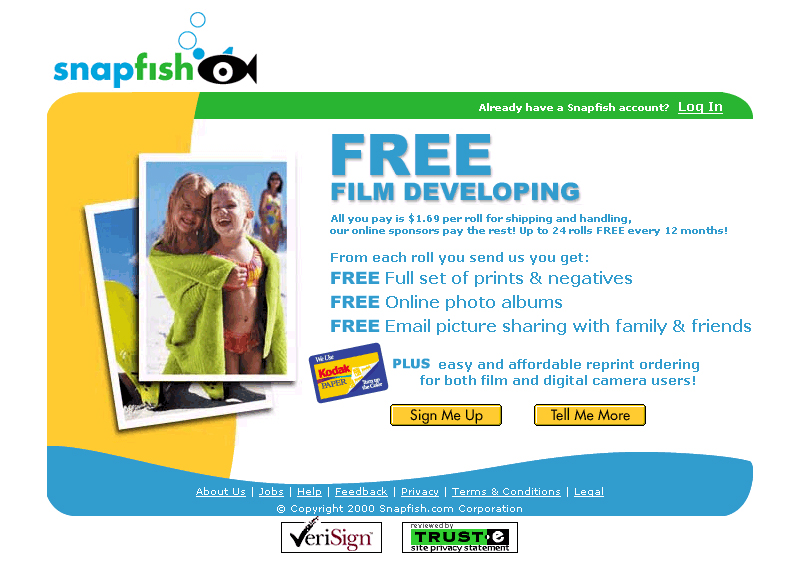